From this post on Georgina Haig’s fan site: “With crazy loud antics from the devious and senile Archie (Peter Summers), many passionate and humourous kisses between our prince Frankie (Ryan Johnson) and princess Amanda (Gergina Haig), the night provided non stop entertainment.” 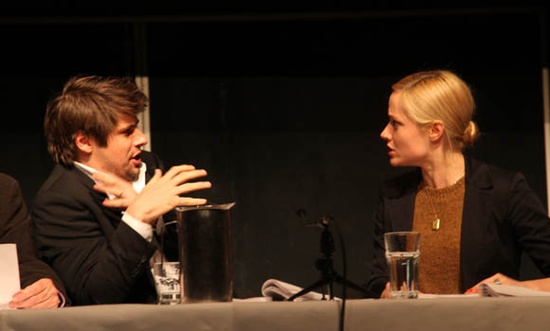 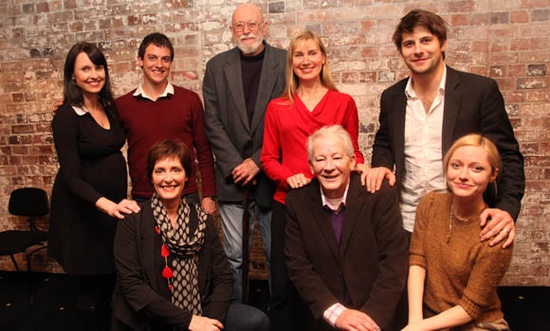 \r\nRyan played Father Welsh in The Lonesome West, a play by Irish/British playwright Martin McDonagh, performed at the Belvoir Street Downstairs Theatre, Surry Hills (Sydney suburb, NSW, Australia). For most American filmgoers, McDonagh’s work may be best known from the film In Bruges.\r\n\r\n

Nick Dent’s review here. “While these two impoverished reprobates bicker over packets of crisps and tumblers of moonshine, their only hope of salvation is the young, sozzled parish priest Father Welsh (Ryan Johnson). Welsh is so despondent about the number of murders and suicides that have occurred among his flock – and so anxious to heal the rift between the two brothers—that he’s oblivious to the affections of schoolgirl Girleen (Sibylla Budd).

Description from ausstage: “It’s Bella’s birthday. Next year she’ll be thirty (God forbid). Her father’s dying in hospital. Her ex-boyfriend is a psychological bully. none of her closest friends really know each other, but she’s decided to herd them all down to her local for a party. Things are going badly enough, until an old flame joins the fray… Pulled from pillar to post by thoughts and memories of her dying father and the torture of her vacuous twenty-something life, “Rabbit” explores the emotional minefield of becoming an adult.”

Description from ausstage: “Two inmates are in protective custody on Rikers Island. One is a serial killer who awaits extradition for execution, the other awaits trial for a crime he believes wasn’t a crime. One has found God, the other needs to find himself. “Jesus Hopped the A Train” is about what we truly believe to be right. It’s about contradiction and hypocrisy. It’s about faith, morality and the essential nature of what it is to be human.”

Description from ausstage: “A comedy/drama about two best buddies who will do anything to become professional ninjas before the school holidays end.”

\r\nRyan performed in The Beauty Queen of Leenane, a play by Irish/British playwright Martin McDonagh, performed at the Bridge Theatre in Coniston (Wollongong suburb, NSW, Australia).\r\n

Description from ausstage: “Set in the mountains of Connemara, County Galway, The Beauty Queen of Leenane tells the darkly comic tale of Maureen Folan, a plain and lonely woman in her early forties, and Mag, her manipulative ageing mother, whose interference in Maureen’s first and possibly final chance of a loving relationship sets in motion a train of events that leads inexorably towards the play’s terrifying dénouement.”\r\n